Home › Administration › Board of Trustees 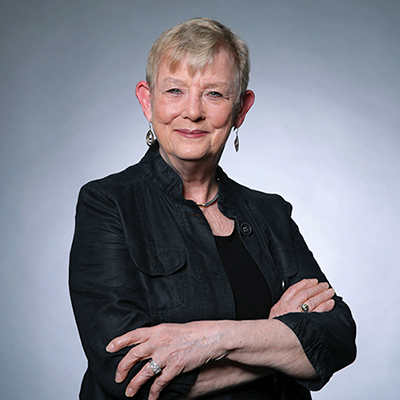 Ann served as Goodwin University’s executive vice president and provost from the University’s 1999 inception until 2019, when she was named provost emerita. For more than 25 years prior to that, she held leadership and faculty roles in both the private sector and in public education.

She also served as a member of the advisory committee on accreditation for the state of Connecticut from 2010 to 2013 and was a 2014 class member of Leadership Greater Hartford’s Summit Program for Advanced Leaders.

In recognition of her efforts, Ann received the Women in Business Leadership Award from the Hartford Business Journal in 2017 and the Honorary Alumna Award for leadership and unparalleled dedication to student success in 2019.

Ann holds a bachelor’s degree in English education from the University of Connecticut and an MBA from Rensselaer Polytechnic Institute. 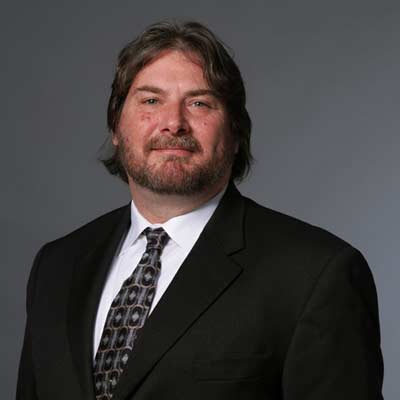 Kevin R. Kelliher Ph.D. received his doctorate in biology in 2001 from Boston University, where he studied chemosensory communication and social behavior. In 2001, Dr. Kelliher accepted a postdoctoral fellowship at the University of Maryland School of Medicine, where he later held the position of research assistant professor, continued his research, and began lecturing in medical neuroscience. In 2006, he accepted an assistant professor position at the University of Idaho and was course director for the medical neuroscience program and an instructor in gross anatomy. In 2010, Dr. Kelliher came to University of Bridgeport to teach anatomy and neuroscience courses for the School of Chiropractic and to become the coordinator for the health sciences gross anatomy laboratory. In 2017, Dr. Kelliher began teaching in the PAI as co-instructor, along with Dr. David Terfera, for the Anatomy I and Anatomy II courses. Dr. Kelliher and Dr. Terfera work together to publish student-directed research out of the anatomy laboratory, provide learning experiences for local high school STEM students, and support educational opportunities for UB undergraduates in health science majors. 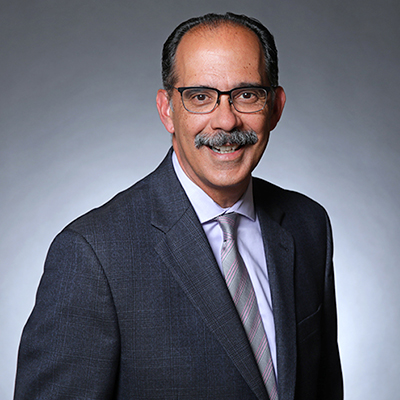 George serves as the director of Public Works for the Town of Trumbull. Prior to that, he was vice president for Facilities Planning and Construction at the University of Bridgeport. During his 12-year tenure at the University of Bridgeport, George led more than $100 million in capital and infrastructure campaigns, transforming the campus and leveraging resources to mutually benefit the larger community. He also served on the president’s cabinet and provided management and oversight of the Security Department.

Prior to joining the university, George was director of public facilities for the City of Bridgeport. Under his direction, the city successfully executed environmental measures to halt illegal dumping and remove blight. 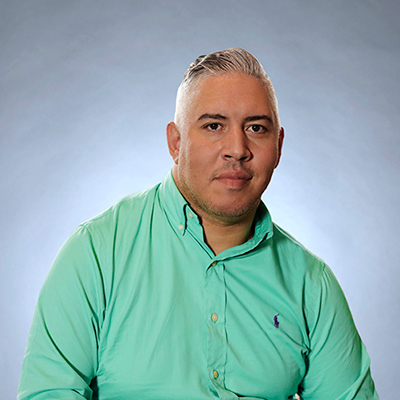 As executive director of the Connecticut Charter Schools Association, Ruben leads a team of professionals dedicated to building stronger charter schools throughout Connecticut.

Prior to his current role, he served as deputy chief of staff for former Bridgeport Mayor Bill Finch. In this role, he led the mayor’s neighborhood revitalization initiatives and education reform agenda, and ran his successful re-election campaign in 2011, drawing from his decades of campaign experience in Connecticut at the municipal, state and federal levels.

A father of four, Ruben’s passion for education equity was originally sparked by his own experiences growing up in Brooklyn, New York and has been further fueled by his struggle to find quality education for his children. 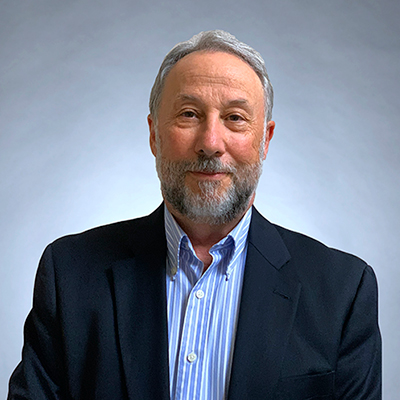 Jeffrey is a founding partner at Spectra Advisors, a company that provides advisory services to both non-profit and for-profit post-secondary education institutions, corporate training programs and continuing education companies. Prior to founding the company, Jeffrey spent many years as an administrator in the for-profit school sector and as a teacher, trustee, and administrator in the public school system, most notably on the campus of the University of Bridgeport at an alternative high school.

He has also held senior leadership positions at several financial and brokerage companies, directed operations for an international career school with more than 200 locations, and held various roles at large, multi-campus, career college organizations as well as for the City of Bridgeport. 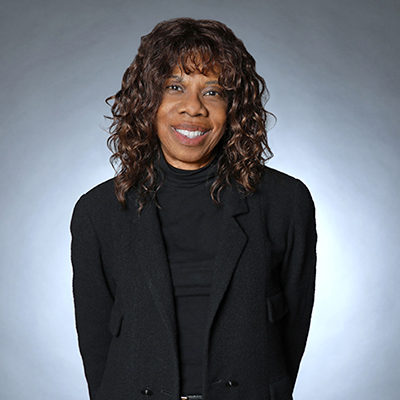 Barbara currently serves a dual role at Deloitte Touche Tohmatsu. She is a managing director in the company’s Global Technology Services group where she leads a team of professionals to successfully deliver a portfolio of projects. She also serves as a DE&I leader, driving diversity, equity and inclusion initiatives, programs, and activities.

Over her more than two decades at Deloitte, Barbara has led several different teams and programs. Most recently, she was the procurement liaison in the Office of the CIO for Strategic Finance and Analytics team where she led governance framework, continuous improvement and technology spend oversight. She’s also held executive roles in financial application technology at Accenture, JP Morgan, and Goldman Sachs.

She earned bachelor’s and master’s degrees from the University of Bridgeport and has completed post-graduate work at Boston University, Columbia University and New York University. 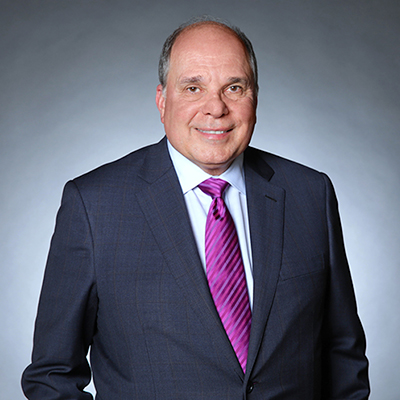 He is a current member of the Industrial Designers Society of America and the Society of Plastics Engineers. Previously he was president of Display Producers, Inc.

A first-generation college graduate, Art earned a bachelor’s degree in industrial design from the University of Bridgeport. 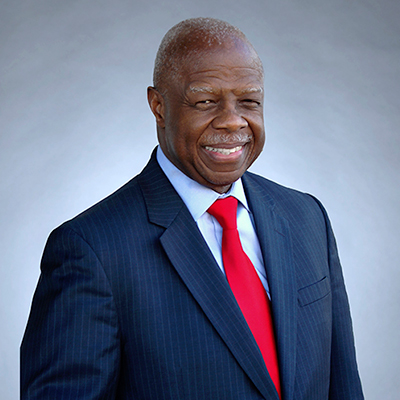 Fred has spent his entire career in the electrical supply industry. After a lengthy career in finance and operations with General Electric Supply Company, he formed Telecom Electric Supply (TES) and the company has continued to grow under his leadership for the past 33 years.

In addition to operating TES, Fred is active in his community and serves on the boards of various political, church, and non-profit organizations. Currently, he is a trustee for Collin College of Collin County and founder and president emeritus of the Plano Community Forum. In the past, he has served as the commissioner of the Texas Department of Licensing and Regulations, county chair for the Collin County Republican Party and chairman of the board of the Plano Chamber.

Fred graduated from the University of Bridgeport with a bachelor’s degree in marketing and from Housatonic Community College with an A.A. in business. 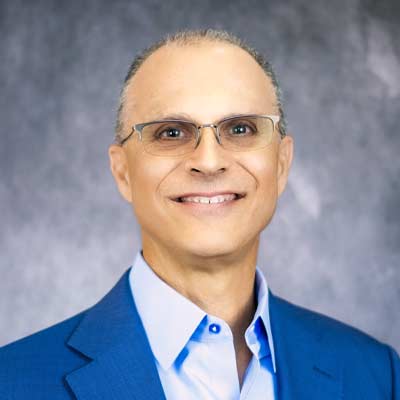 Ted has over twenty years of executive experience with leading companies in the pharmaceutical and biotechnology industry. He has played an instrumental role in a wide range of corporate transactions as a business development executive and former investment banker. Ted has served on the Patent Review Board of the University of Maryland Biotechnology Institute earlier in his executive career.

Ted grew up in Watertown, CT and attended Holy Cross High School. He and his wife, Annie McDonald, live in Rockville, Maryland where they raised two daughters, Alexandra and Melissa, who now reside and work in New York City. 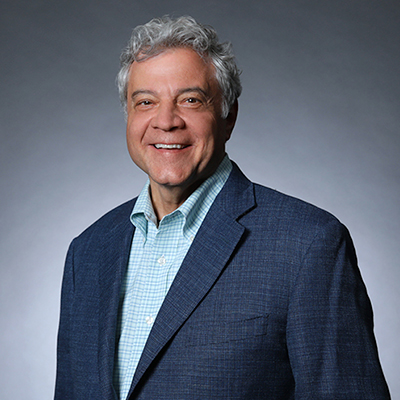 Mark is the driving force behind the transformation of a small, career-focused business school into a nationally recognized, community-based, nonprofit organization of higher education. Providing foresight, inspiration, and leadership, he is dedicated to serving those whom he calls “the undiscovered students”—working adults, first-generation college students and learners from diverse backgrounds who are pursuing emerging careers.

Over the years, he has enriched the broader community by serving on the leadership committees of several state, regional and educational organizations, including: the Accrediting Commission of Independent Colleges and Schools (1997 Evaluator of the Year Award); the Capital Region Workforce Development Board; the Connecticut Employment and Training Commission; the Legislative Task Force on Allied Health; the Legislative Task Force on Teachers’ Professional Standards; the MetroHartford Alliance; and the Standing Advisory Committee to the Connecticut Board of Governors for Higher Education.

He earned a bachelor’s degree in environmental studies and elementary education from Vassar College and pursued graduate education at Dowling College and the University of Hartford. 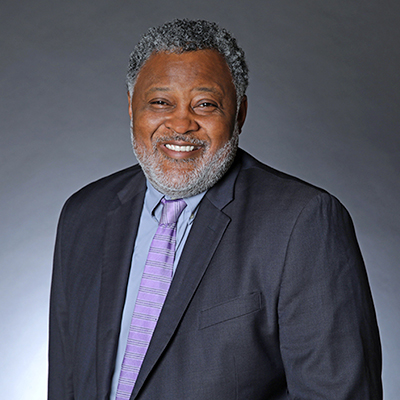 Lambert has two decades of experience in library and youth development, education, and program development. Under his leadership, the Roosevelt Public Library in Roosevelt, New York has developed many creative services and programs for the community, including technology that allows the library to lend Wi-Fi hotspots.

Prior to joining the Roosevelt Public Library, he held several leadership positions at the Danbury Public Library in Danbury, Connecticut. He also served as a youth trustee at Queens Library in Jamaica, New York.

Recognized for his creativity, dedication, and vision for helping young people, Lambert received the 2004 Pacesetter Award from the Partnership for After School Education. He was also instrumental in the Queens Library receiving the Golden Heart Award from the NYC Administration for Children Services for its work with the foster care system. Michon is a pastor, entrepreneur, motivational speaker, and life coach. A dynamic leader, she is responsible for the oversight and daily operations of the Bridgeport-based Cathedral of Praise’s various ministries including its community outreach efforts.

She is also a certified life coach and the owner and CEO of A New U Life Coaching, which specifically caters to the needs of traditionally underserved groups and individuals.

Before joining Cathedral of Praise, Michon served the greater New Haven area as the founder and senior pastor of Lighthouse Christian Community Church.

She holds a bachelor’s degree in biblical studies from the Higher Learning College of Theology. 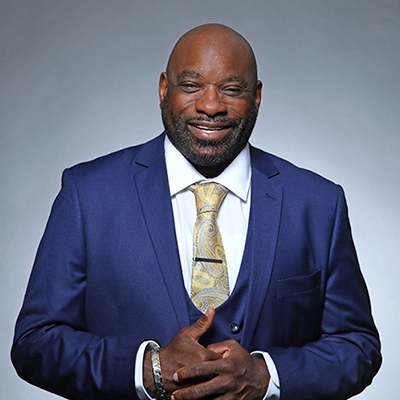 A Connecticut native, Joe is an award-winning cartoonist, filmmaker, producer, writer, and teaching artist. He is President of Young Studios, a full-service advertising agency based in Hartford, Connecticut, as well as the creator of the socially engaged Scruples comic characters. He is also the writer and executive producer of Hartford’s first major homegrown book-to-film project, Diamond Ruff.

A graduate of Goodwin University, where he is pursuing his master’s degree in Organizational Leadership, he is an advocate for encouraging young and older people to attend college and learn as much as possible to help enhance their quality of life.